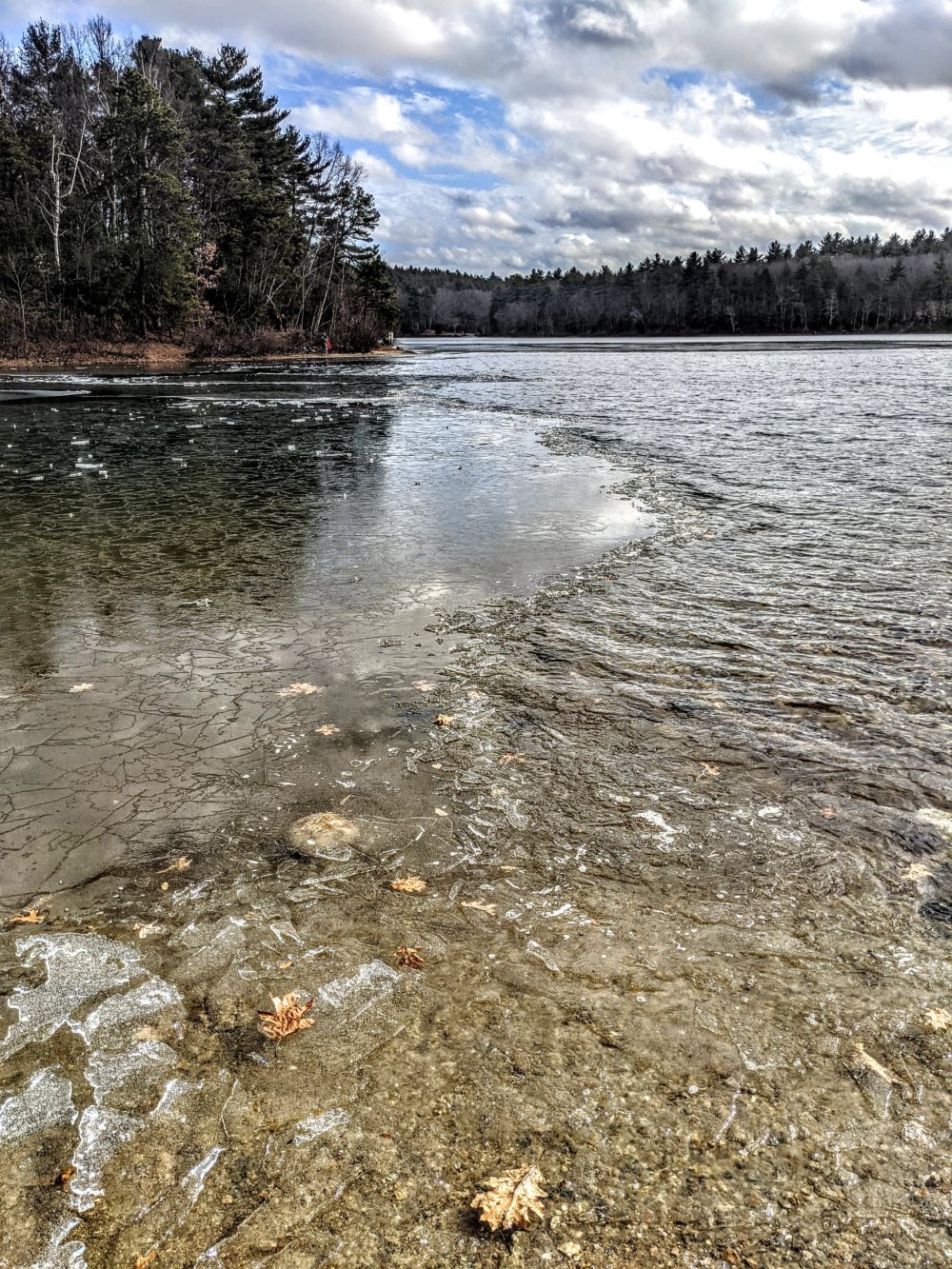 When a sheet of ice

melts with warm waves of delight,

the pond sings its joy.

“How handsome the great sweeping curves in the edge of the ice, answering somewhat to those of the shore, but more regular! It is unusually hard, owing to the recent severe but transient cold, and all watered or waved like a palace floor. But the wind slides eastward over its opaque surface in vain, till it reaches the living surface beyond.

It is glorious to behold this ribbon of water sparkling in the sun, the bare face of the pond full of glee and youth, as if it spoke the joy of the fishes within it, and of the sands on its shore — a silvery sheen as from the scales of a leuciscus, as it were all one active fish. Such is the contrast between winter and spring. Walden was dead and is alive again. But this spring it broke up more steadily, as I have said.”